Connor Baxter has defeated arch rival Kai Lenny to claim the Ubatuba Grand Slam in Brazil, the second event of the 2013 Stand Up World Series. Connor took out both the Sprint Race (Saturday) and Long Distance Race (Sunday) to make it a clean sweep and establish an early lead in the World Series rankings.

Young gun Mo Freitas continued to rise through the ranks, claiming third in the Sprints against a string of in-form paddlers that included Zane Schweitzer, Kody Kerbox and Casper Steinfath. Mo then backed it up with a fourth in the distance event to take third place overall.

Take a look at the Ubatuba Grand Slam SUP race results below, then check back tomorrow for a full recap and more photos & video of the action from Brazil… 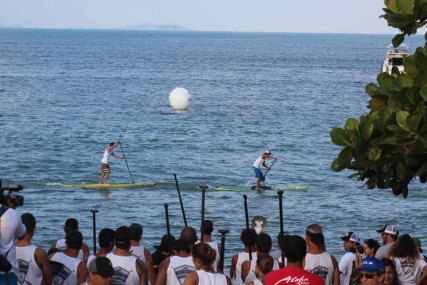 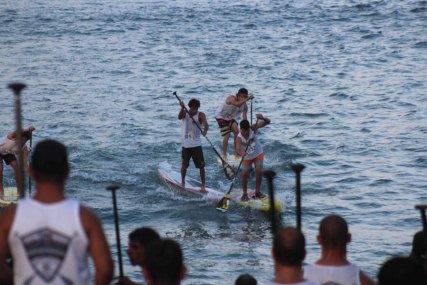