Boss Man’s note: Another week and another guest post by the excellent SUP author Steve West, who has created the awesome SUP book Stand Up Paddle: A Paddler’s Guide. Steve is sharing slices of his book every week on SUPracer.com, so take a look at the latest instalment below for some insights into choosing the optimal paddle length. Then when you’re done with that, go grab a copy of the “Bible of SUP” and see what all the fuss is about. You’ll love it.

How Long Should My SUP Paddle Be? (Part II)

Missed Part I? Check it out >>> How Long Should My SUP Paddle Be?

Last week, I considered the onset of shoulder injury brought about by use of an incorrect paddle length and how differing extremes of length (too long, too short, or optimum) ultimately serve to affect the bio-mechanics required to deliver power to the blade.

So what can be considered optimum?
The leverage potential of a longer paddle is only as practical to the degree to which the paddler’s strength and total arm span can make use of that leverage. Taller paddlers with greater arm spans and strength to match can perhaps make use of the leverage gains inherent in a longer paddle, but the principals remain the same. What can be said with certainty is that the majority of paddlers at this point in the sport’s evolution are using paddles often way too long to be efficient. The benefits of a shorter (optimum) length paddle far outweigh the longer. This is the same evolutionary pattern which outrigger canoe paddles went through, except it took about 50 years or so to figure it out. It also took the same amount of time to figure out that a bigger blade does not equate to a more powerful one – there’s no such thing, being as it is essentially impotent, made potent only to the degree to which a paddler uses it effectively over time and distance.

Determine the position of your lower hand first
Raising the paddle, level and above head, elbows bent at 90 degrees and equally spaced. Your lower hand, will be near enough one full hand span too far down toward the blade. Bring the paddle back over you head in front of you, then move your lower hand approximately one hand span back up toward the grip . . . if this lower hand is incorrectly spaced, all other factors will work against you . . . commonly, paddlers position the lower hand too far up to deliver adequate control or power to the blade.

The further up your lower hand, the longer the lever arm; distance between lower hand and the centre of effort of the blade. Positioning your lower hand too far up the shaft, creates greater reliance on using leverage (pushing forwards with the top arm) as the primary means in generating force to the blade, which would define the paddle being used as a ‘first class lever’ . . . a very poor use of bio mechanics . . . the paddler aims to find a balance in using power generated through pulling from the throat of the shaft (lower hand) brought about largely by rotation (torque) around the spine and compression downward and transversely through the top arm. The most plausible selection of an appropriate paddle length is as follows:
When paddling on flat water and exercising good technique and form at about 60-70% effort, when the blade is fully immersed, just below the level of the neck and at the mid-point of the power phase, when shaft is vertical and hands are ‘hand-over-hand’ (stacked) your top hand, should be near level with forehead or eyes, so as your arm is not working ‘over-head’ (ie elbow above shoulder height).

This may sound simplistic – but it ultimately takes into account board thickness, the paddler’s physical and bio-mechanical make up. Where the activity requires a lowering of the body (surf, downwind, river) paddle length can be further shortened to suit.

An optimum paddle length will permit . . .
Faster turn-over of the blade (stroke rate), shorter recovery times as recovery distance is lessened, improved ease of handling, reduced weight, faster switch speeds right and left,  reduced opportunity for shoulder injury, less inclination of pulling too far past the body-line, improved blade control and power delivery and ideally, just short enough, so as you have to drop the leading shoulder to find the water rather than expecting it to come to you.

Missed Part I? Check it out >>> How Long Should My SUP Paddle Be? 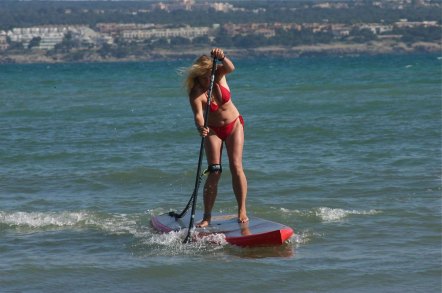 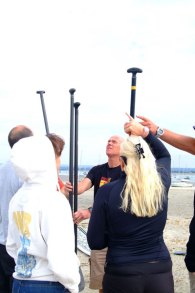 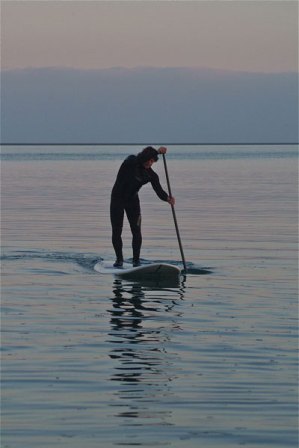 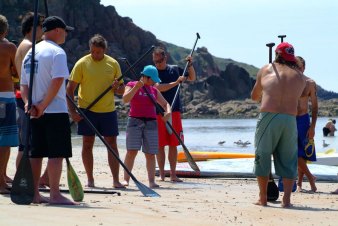 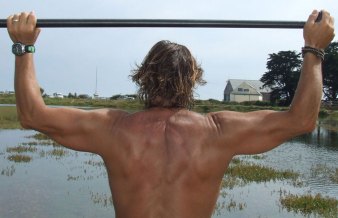 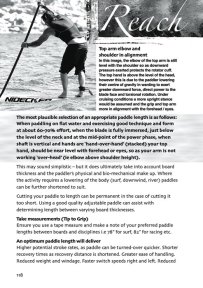 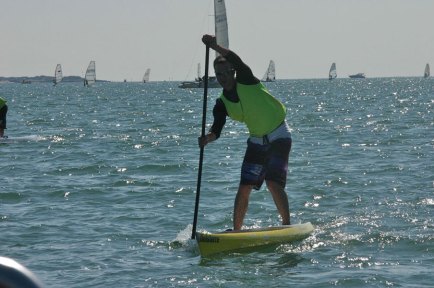