We’ve just wrapped up an incredible final day of competition here at the 2013 ISA World StandUp Paddle and Paddleboard Championship in Miraflores, Peru. After a week of epic SUP racing, SUP surfing and prone paddleboard events, there were still five more Gold Medals up for grabs today.

The morning started with the SUP Surfing finals for both men and women, with Sean Poynter of the USA and Nicole Pacelli from Brazil ending Australia’s Golden streak (click here for the full SUP Surfing results).

Then it was onto perhaps the main event of this entire competition: The Technical Course SUP Race finals.

First up it was the women’s final and a battle royale between Angie Jackson of Australia and France’s Olivia Piana. The Gold and Silver Medallists from Tuesday’s Distance event were in a race of their own, leading the field by a solid margin but unable to shake each other.

Lap after lap the Fanatic team mates were side by side, with Angie powering away and gaining ground on the flat, outside legs, but then Olivia always managing to find a good set wave and catch back up. On the final lap the Gold Medal was still up for grabs, with the Aussie holding a 30-40 metre lead over the Frenchwoman. After the final, outside turning buoy Angie managed to get onto a set and, displaying some excellent 12’6 surfing skills was able to hold it all the way to the beach.

Olivia gave France a Silver Medal and finished close behind, while Shannon Bell from Canada crossed third and Barbara Brasil was fourth. Unfortunately for Bell, a time penalty incurred after she paddled on her knees for too long relegated her out of the medals. This moved Brasil up into the Bronze and Laura Quetglas from Spain into the 4th-placed Copper Medal position.

Australia now had their seventh Gold Medal of the Championship but once again we saw a very exciting race. Not a single event all week has been a cake walk, with tight finishes and sprints to the line the norm here in Peru.

After a short break it was time for the marquee event; the Men’s Technical Course SUP Race Final.

On the start line the favourites were clear: Jamie Mitchell and Kelly Margetts of Australia, Fernando Stalla of Mexico, Paul Jackson of New Zealand, Eric Terrien of France and Casper Steinfath of Denmark. But there was also one major dark horse looming over the race and that was Dylan Frick. The young gun from South Africa qualified third fastest for the final and showed he can keep up with anyone in short, sprint-intensive races like this. Off the line it was the two young chargers straight out into the lead, with Casper getting a flawless start and Dylan right on his tail. The favourites from Team Australia got unlucky with the shorebreak and were back in the pack as they paddled to the outside turning buoy.

Casper reached the buoy first and never looked back, putting his head down, sprinting away, finding a good wave on the way back in and opening up a gap over the entire field. The race would stay that way for the next 2-3 laps, with the likes of Jamie, Jacko, Kelly and Frick trying to close the gap, while Eric Terrien was working hard at the front of the second chase group.

Heading into the final lap, the young Danish Viking still held a solid lead, at least 20-30 metres over Jamie Mitchell and Paul Jackson. It looked like Casper was going to seal the win when a set popped up just as he rounded the final outside buoy, only for Jamie to pull off the move of the event and get back into contention.

With Casper already around the buoy and in a perfect position to catch the set, JM knew it was now or never and with some incredible paddling and surfing skills took off on the set, literally surfed around the buoy and did a 90 degree plus turn to end up on the wave right next to the young kid from Denmark. Paul Jackson just missed out and so now it was a battle between the Distance Race Gold and Silver Medallists. The two surfed the wave in together, at one point high-fiving each other in a “may the best man win” show of camaraderie. In the sprint to the shore it was Jamie with a very slight edge, hitting the beach one metre in front of Casper. However the 12x World Champ couldn’t repeat his heroics of a few days ago; hitting the shore JM literally sunk down into the sandy/stoney shoreline and fell to his knees.

Casper however made no mistake and was able to run up the chute to victory, an amazing performance from the young Dane in what will surely be the story of the event. Two SUP races, two incredible finishes, the same two paddlers each time but with a different result in each race. Coming in shortly after the top two were Paul Jackson, Kelly Margetts, Dylan Frick and Eric Terrien. The four surfed a wave to the shore together, side-by-side, with Kelly and Dylan getting the best of the jump onto the shore. From there it was an epic sprint to the line and despite literally throwing himself at the finish, Kelly had to settle for 4th place as Dylan took Bronze by the slimmest of margins.

Just as the excitement was slowly starting to die down it was time for more action in the Team Relay final. The Aussies were the red hot favourites but a determined South Africa were looking to cause an upset. The two teams were clear from the field by the mid part of the race but despite all their efforts, the South Africans couldn’t make ground on Australia. But then an excellent wave on their third leg and a great transition by prone paddler Ryan Butcher at the start of the fourth put them right back in it.

Jamie Mitchell and Ryan Butcher, anchoring for their respective teams, were literally side-by-side as they paddled to the outside buoy. Jamie gained ground and by the time he was heading back to shore was a good 30-40 metres in front. But then, as if ISA President Fernando Aguerre had written the script himself, the ocean went flat and Jamie had to start paddling all the way back to the shore in the flat. Naturally, a set appeared as Ryan rounded the buoy and suddenly we were in for another sprint finish.

The two paddlers, one standing, one laying down, hit the beach together for yet another photo finish. This time JM kept his footing in the tricky stones and was able to sprint up the line for Australia’s Gold Medal #8.

In the end Australia took the Team Medal by a comfortable margin, with South Africa fighting hard to secure the Team Silver Medal, Mexico the Bronze and host country Peru taking the 4th-placed Team Copper Medal. 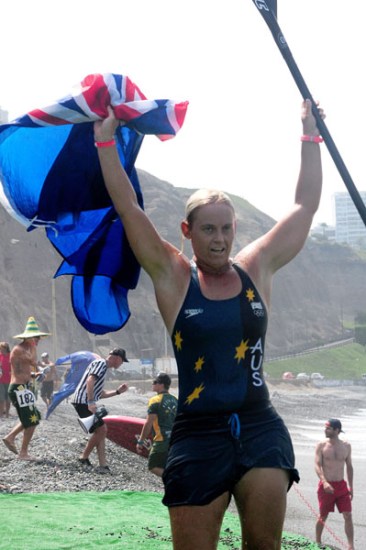 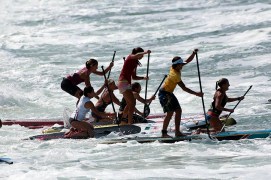 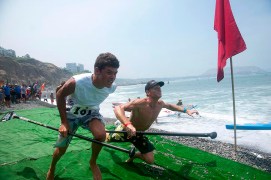 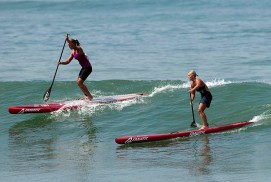 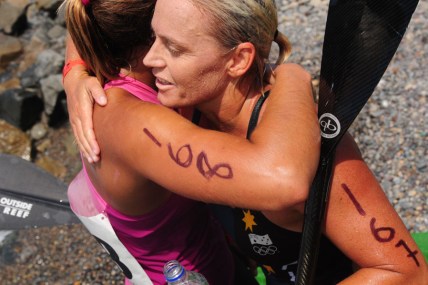 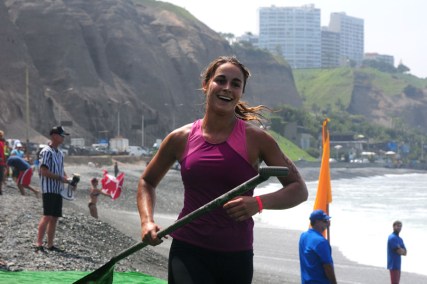 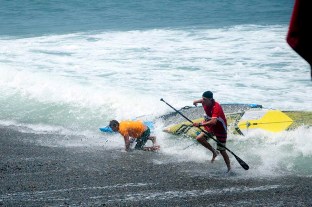 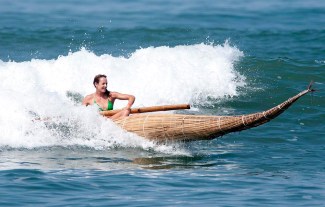 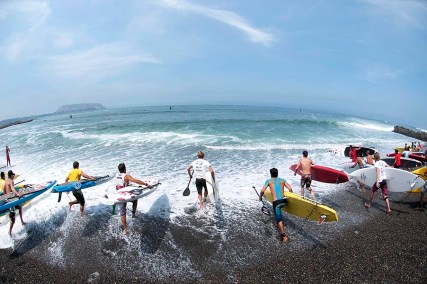 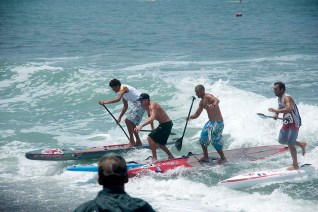 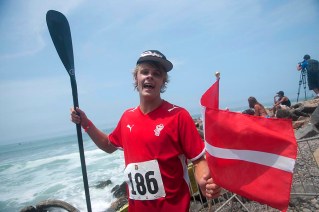