More SUP race action from France this weekend, with the 2nd round of the Swell Beach Race Series. The race was held today at “Plage des Blancs Sablons” (which I think translates to “The White Sandy Beach” in English, but I know sounds very cool in French). As you can see, it’s freezing cold in the waters of Brittany right now, but that didn’t stop 40 die hard Stand Up Paddlers from pulling on their wetsuits and taking their race boards out for some fun.

After claiming the first Swell Beach Race Series event, Greg Closier made it two from two, leading home young gun Arthur Daniel and Yoann Cornelis by a very slim margin. The top three were clearly in a tight race of their own; only 16 seconds separated them after almost an hour of paddling, but then it was a further four minutes back to the next finisher.

All photos by Loic Olivier and © Swell Addiction. Click any photo to open our awesome full-screen gallery. 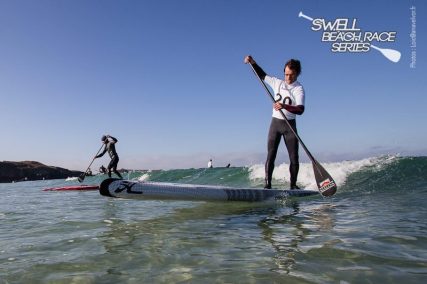 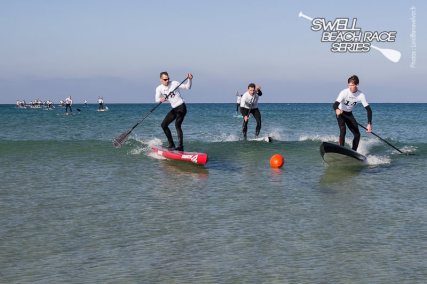 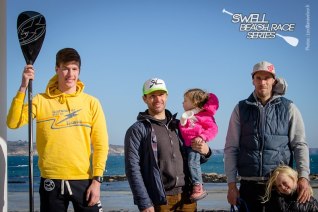 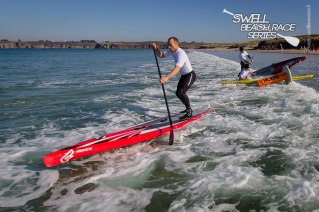