The 2013 ISA World StandUp Paddle and Paddleboard Championship is now under way here in Peru. After yesterday’s very colourful opening ceremony, athletes from the 23 competing nations hit the water this morning for the start of the SUP surfing competition.

There were dark horses galore throwing up big scores, but in the end the favourites stepped it up and posted the highest heat totals. Australia’s Beau Nixon posted the single biggest heat score of the day and his team mate Justin Holland wasn’t far behind, while the USA, Brazilian, French and Mexican contenders also performed well.

Another highlight was the live webcast Morning Show, which featured 10x World Champion Jamie Mitchell and the charismatic ISA President Fernando Aguerre. The two living legends chatted about the week ahead but also touched on a major topic: Stand Up Paddling in the Olympics. This goal is a huge part of the ISA’s charter, so to hear two of the most influential figures in the sport discuss the possibility of it actually happening was very exciting.

So check out the photo highlights from the opening day below, as well as the full schedule for the very exciting Day 2. Then stay tuned tomorrow for the LIVE WEBCAST here on SUPracer.com from 8am local time (5am California, 2pm France, midnight Sydney). 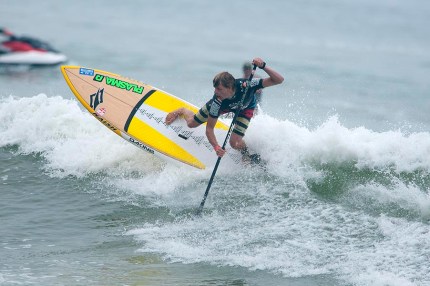 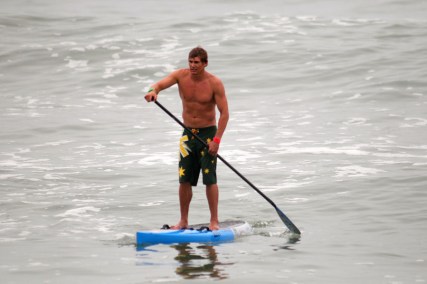 >>> See plenty more photos from Day 1 on the official site.